The small-batch bourbon whiskey is being made available at liquor stores, bars and restaurants throughout the state of Kentucky, with single barrel private selections also being available at various outlets. The William J. DeBoe Release will furthermore be available online for sale and will be featured at Jack Rose Dining Saloon in Washington, D.C.

“It’s been a real pleasure to see our first release enjoyed by so many enthusiasts in the Bourbon community,” said Kentucky Senator Spirits co-manager Damon Thayer in a prepared statement. “We are excited to build on that success and debut our second, small-batch this summer. As always, we continue our commitment to the finest Kentucky Bourbon whiskey and hope consumers enjoy the history that accompanies each bottle.” 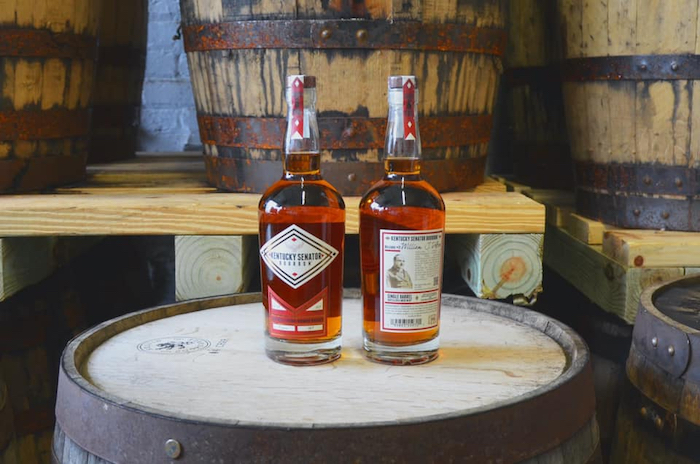 Approximately 1,300 bottles comprise this release, being bottled 107 proof and with a mash bill of 75% corn, 21% rye and 4% malted barley. It was distilled and aged in Kentucky and bottled at Bluegrass Distillers in Lexington.

“Only four months after our first batch and here we are sending our second release to market,” said co-manager Andre Regard. “What an honor this has been, to support Kentucky’s home spirit and connect with our fellow Bourbon aficionados. Kentucky Senator will keep working to deliver superior taste and experience.”

Kentucky Senator Straight Bourbon Whiskey, according to information from the brand, was originally produced by Crigler & Crigler, in Covington, and later by Double Springs Distillers, Inc. in Bardstown. It was revived in 2019 by Thayer and Regard, and is “distinguished by its offering of great Bourbon whiskey with a side of Kentucky history. Each batch will carry the name of an esteemed U.S. Senator from the Bluegrass State. The Alben W. Barkley Release was the first Bourbon in Kentucky Senator’s portfolio, named for the U.S. Senator and Vice President under Harry S Truman.”